When we went to North Carolina to shoot a campaign for Lowe’s Home Improvement, most of us involved with the production were meeting each other in person for the first time. We were gong to be spending some long days together and while you can usually get a sense of peoples personalities over the phone, there is still the “unknown” factor when you come face to face, in close quarters, for extended periods of time.

The campaign called for doing 8 sets at a large production facility outside of Charlotte, NC, near Lowe’s corporate headquarters. When we first arrived we scouted the facility and scoped out a cozy corner of the massive complex were we had the luxury of a lot of space to be able to have 5 sets going simultaneously.. another set was slated to be created out in a garage on the complex grounds, while we would float in a simple flat for the 7th set and repurpose one of the original 5 sets for our final shot.

After surveying what would be our home for the next week, we roughed in a few camera angles, refined lighting visions with the crew, discussed how best to fine tune the sets that would be built, did a show and tell with the set stylist, and one with the wardrobe stylist.

With less than a half day of interaction with the whole creative team, it was clear this was going to be fun. But really, when isn’t it?

On the second to last day of the shoot, we were doing a bathroom scene. The concept was that it was time for a face-lift as the bathroom in question had not seen the outside world since the 1970’s. The original layouts were skewed more towards a 1940’s bathroom but after a couple creative calls we all agreed 70’s would be way more groovy.

Joel Sarvis, our set stylist, had a heyday pulling together all of the various elements so make the bathroom sing.

The client? Totally supportive in letting us do what we do best! There were times where we would say to each other “Is this too over the top?” We’d look to the client and they would just shake their heads, shrug their shoulders and then put their hand out to us and say “Do what you think is best”.  :-O    (We LOVE when that happens!)

So we put the finishing touches on the set and captured the final approved image towards the end of the day. As we strike for the evening, Joel (set stylist) comes up and asks, could we leave the set up until the morning? “I would like to take a picture of myself in it, but want to wear something different than what I have on now.”… “No Problem!” We not only left the set but went ahead and left all the lighting in position as it would take no time to move to the next set in the morning (it was right behind us).

The next morning we get in and there is Joel dressed in 70’s garb, COLOR MATCHED to the set! PERFECT! He posed with his gold aviators, a glass of O.J., brushed his teeth with cigarette in hand, we were all laughing and having great fun..Then the Creative Director and I looked at each other knowing we had the same idea at the same time… “Joel.. one more shot….”

I love when projects allow you to churn out a great product, make the client happy, get to know a bunch of new people AND still leave time for a little levity. 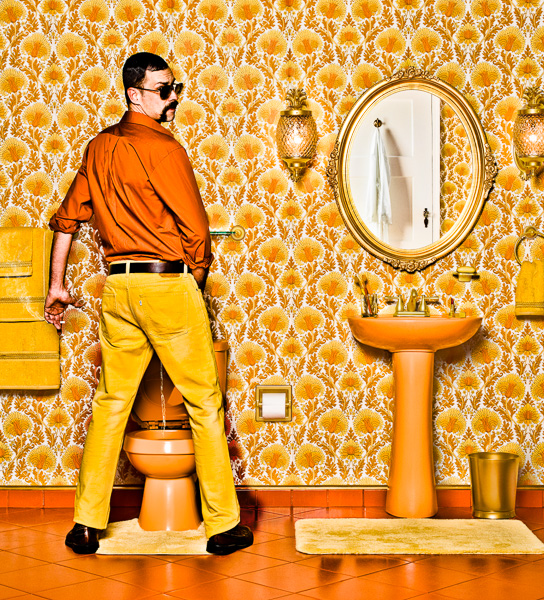 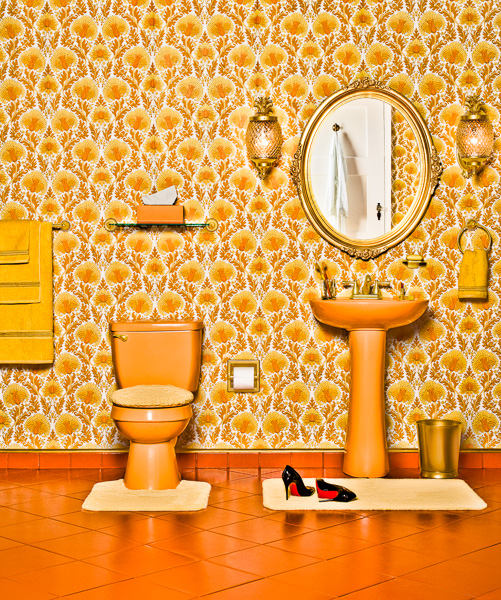 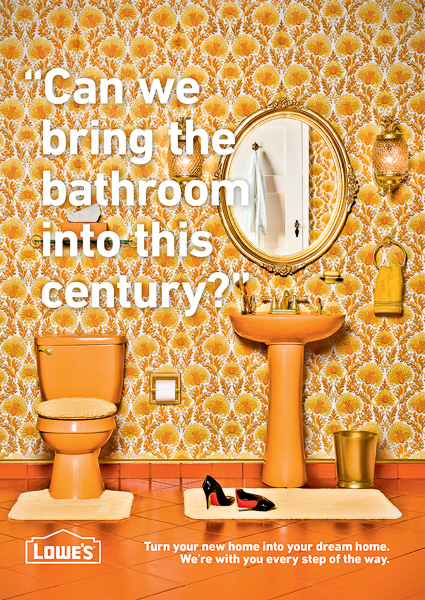 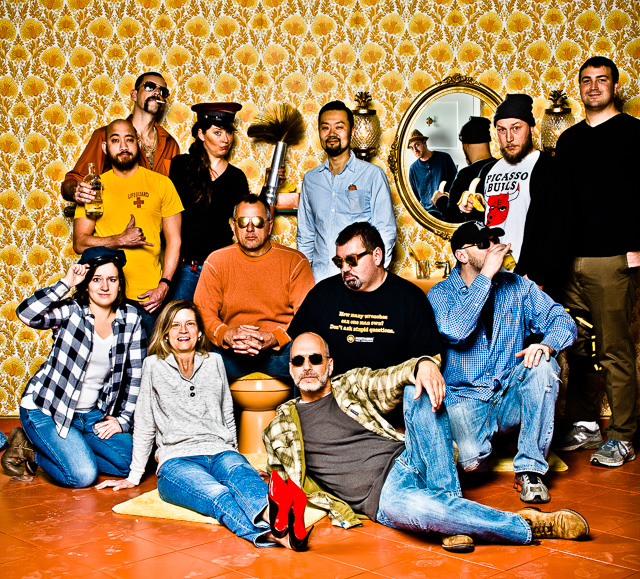 BTS Photo of the creative team.