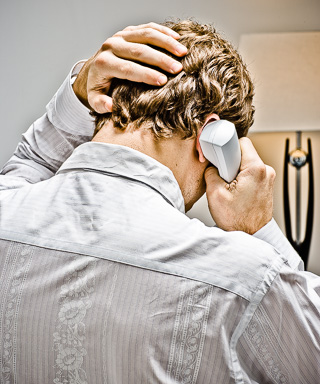 This week we did an estimate for an agency for a one day location shoot here in Los Angeles. The agency was from out-of-state and was coming to L.A. for our broader selection of location options. Their first point of contact was through our website where they used our new “Estimate Request Form“. (I will share more on that in another post.) The form has very specific call-outs for the various types of licensing options available.

Maybe I should back up and address licensing first. For the most part, “Licensing” is how most advertising photographers make money from our imagery. We get paid for photographing something based on how, when, and where the image is going to be used. The more exposure it gets, the more inherent value it has. For instance if I photograph a sprinkler head on a white background for Bob’s Plumbing down the street and it is going to appear in a one time advertisement in the local PennySaver, I am not going to charge Bob the same price for that simple shot as I am going to charge Coca-Cola for a shot of Beyoncé holding up a Coke can sitting on the shoulders of football players surrounded by swooning fans shot in a football stadium with fireworks exploding behind her that will be used all season in magazines and on billboards culminating in a Super Bowl campaign. The second photograph has a bit more inherent value.

As a general rule, most licensing is for a year. Meaning the client can use the imagery in the agreed upon media venues (i.e. Print Advertising, Internet, Billboards, Broadcast, Point of Purchase, etc.) for 12 months. If the image is not time sensitive, many advertisers will opt to license images for longer periods, 2 years, 3 years, 5 years, and some even licenses  images “in perpetuity” meaning they can use them forever. This all gets spelled out during the initial estimating process. The advertiser or ad agency will indicate their desired media,  length of time, region (i.e. local, national, worldwide etc.) and whether or not they want exclusive usage of the imagery (meaning the images cannot be used elsewhere, if they want exclusivity), and from that the photographer will negotiate an appropriate fee, based on these parameters, certainly also taking into account the complexity of the project and what it will take to produce the final image(s).

As I have discussed in previous posts, as a photographer, when you snap a photo you are instantly and legally the owner / author / copyright holder of that image… without doing anything additional. From there, you are now able to license your image to others to use per negotiated or agreed upon terms. In the advertising photography industry there are three general licensing models…

Specified Media, Region, & Time: The first is the most common. The advertiser / end-user wants to use the image in a specific media, in a specific region, for a specific amount of time. For instance; a bathing suit manufacturer wants to use a photo of a model wearing their latest creation in magazine advertisements and on their packaging for one year (because next year they will have a new & different style),only in the United States (they don’t have any foreign distributors so they don’t sell outside the U.S.). Variations on this theme are endless.

Unlimited / Unrestricted: The second is becoming much more common these days. The advertiser / end-user wants the flexibility to use the images whenever and wherever they want. They don’t want to have to worry if the license period is about to expire or expose themselves if someone in the company inadvertently uses it in a media that was not part of the original licensing agreement. So this licensing allows them to use the images however they want… forever. BUT the photographer still owns the images and holds the copyright. The end-user is NOT allowed to re-sell or re-license the images to a third-party. They can ONLY use the images for the brand that they were originally licensed for. This licensing model is going to be more expensive to the end-user. Rule of thumb? …The photo fee will most likely be double / triple that of a one year license.

Buy Out: The third is the least common. In this licensing model, the actual ownership and copyright of the imagery is transferred to the advertiser / end-user. With this, they truly can do whatever they want with the image, including re-selling or re-licensing it to other parties. There is rarely a real need for this type of licensing and with the photographer giving up all rights to the image, it will normally come with a premium price tag, usually 3x to 5x that of a one year license.

All of that being said, let’s get back to the tale at hand. So we received a request for an estimate for this upcoming L.A. based shoot. In the estimate request the agency ticked off the specific licenses that they wanted. The same licensing model was spelled out in subsequent email communications… Unlimited, Worldwide, Perpetual use. For all intents and purposes “Unlimited / Unrestricted Usage”. The client had a budget in mind which they shared with us. There was no way we could produce the job for the budget they specified, but we assured them we would do our utmost to be mean & lean with our production so as to get as close to that number as we possibly could. With that in mind and this being a new client we were very generous (read “low”) with our fees so as to accommodate the client as much as possible, while still giving them the unlimited / unrestricted usage they were asking for. We put together our estimate and packaged it up with a “treatment” (a multi-page document laying out our vision for the project and how we’d approach it, including sample imagery) and sent it off to the agency. After a couple of days of back and forth refinements (giving the agency options to present to the client) we were awarded the job. YAY!

During the “back and forth” things were looking hopeful, as they were setting me up as a vendor, and getting all the paperwork in order, so we held the prospective dates for production and started to line up crew and locations.

Once we were awarded the project we were told that a P.O. (Purchase Order) would follow later that day. Purchase orders are generally a simple formality but are an important part of the process if your agency or client uses them. Most P.O.’s are very basic and if they have any terms & conditions on them, they are usually just your normal boilerplate text. Later that day we received the promised P.O., and as I started to follow the instructions for submitting our advance invoice (we always get an advance on each project up front to cover the expenses incurred during production – our advances are either 50% of the total invoice or 75% of expenses, whichever is higher) I wandered into the Terms and Conditions section of the P.O. … and there it was… Really?….. REALLY?! Could this be true? Does this still really go on?… The P.O. Terms and Conditions indicated that anything created for this project would be considered “Work for Hire”! What’s “work for hire” you ask? Wikipedia does it justice. Basically the P.O. was saying that I was signing away any and all rights to the imagery I would produce. Uuuummmm No I’m Not! First and foremost that is NOT the licensing model I was asked to estimate. And secondly, No I’m Not!

This is something one might see in a “Work for Hire” agreement.

In reality it is not a licensing model at all. Rather, it is a legal exception to the fact that the person who creates something is its author / owner. Negating the copyright one would normally have automatically when creating a photograph.

Seeing this in a P.O. in 2015 was surprising to say the least. I had truly thought these things were a relic of the past. That aside if the agency wanted to own the imagery, first have the decency to call it what it is .. a Buy Out. Don’t ask for an Unlimited / Unrestricted Usage and then hope that the fine print gets overlooked. I understand that this is the easy way to C.Y.A. in these litigious times. But we are a small community and really are all on the same side. Trying to provide compelling, great quality imagery for clients to help sell their brand and products.

I subsequently addressed the issue with the agency. Indicating that the T&C on the P.O. are not the same as the Licensing we negotiate and agreed to in our estimate, for which the job was ultimately awarded to us. I offered to strike the “work for hire” clause in the P.O. and proceed, or alternately renegotiate the licensing fees for an Unlimited / Unrestricted usage. The agency refused any alterations to the P.O..

There were other “red flags” that had popped up during the process but I had taken them with a grain of salt and shrugged my shoulders, saying, not a big deal, we’ll work through “that”. But with this change of licensing after the fact and in taking a step back and looking at the project as a whole, it was starting to look like there were too many red flags. Ultimately I had to walk away from the project. Which was too bad as we were going to produce some really great imagery for this client.

There is nothing illegal about work for hire and I completely get how it can be the easiest course of action to protect oneself when it comes to the convoluted world of intellectual property. My issue in this case was the lack or transparency upfront during the estimating process. Would I ever do work for hire? Hard to say… I haven’t yet. It has always made me feel “icky”. But I will say that I will never do it without knowing UP FRONT.

The morals of the story is:

I am an advocate for elevating quality in advertising photography, both in its visual execution, and in the business and production of all that surrounds that execution. The more advocates there are, the higher the elevation will be, and the faster it will occur! Then we can just focus on what’s important; making great imagery for our clients. 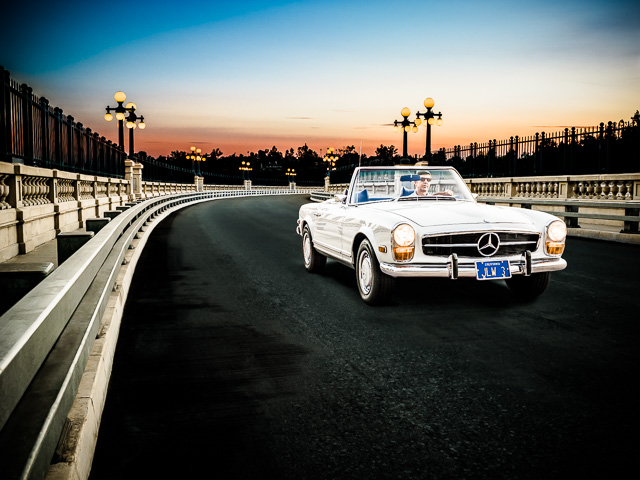 Brand Name and Production Costs have a lot to do with an image’s value. 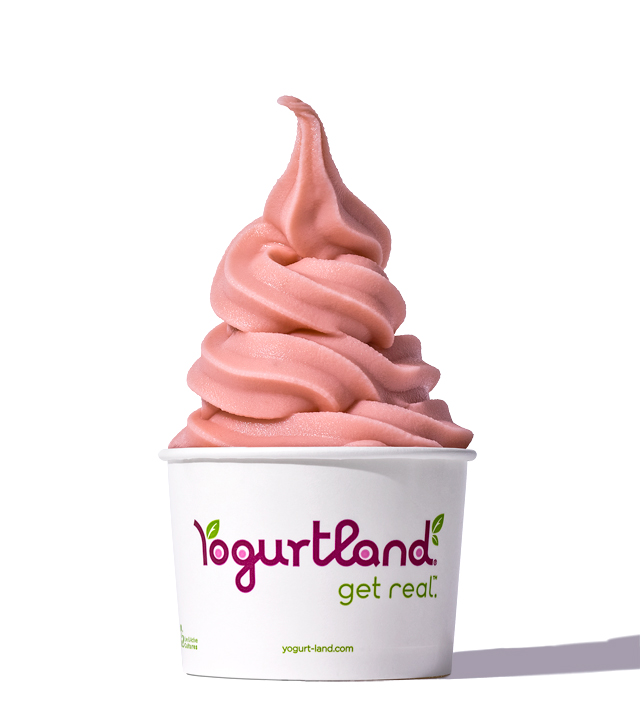 We recently helped out the folks at Yogurtland and Amusement Park create their new campaign called “Top This!”, encouraging  patrons to create their own towering masterpieces. It was of course a delicious day and we had a blast exploring all kinds of delectable combinations. From the Whimsical, to the Decadent, to the Colossal… each was a challenge in its own right. But with speed and stealth (and the food stylings of Nicole Kruzick @ Belly Food Style) we captured some mouth-watering combinations that were a feast for the… well they were a feast. Head over to your nearest Yogurtland and step up to the Ultimate Toppings Challenge! We’ll be keeping an eye out to see who wins! 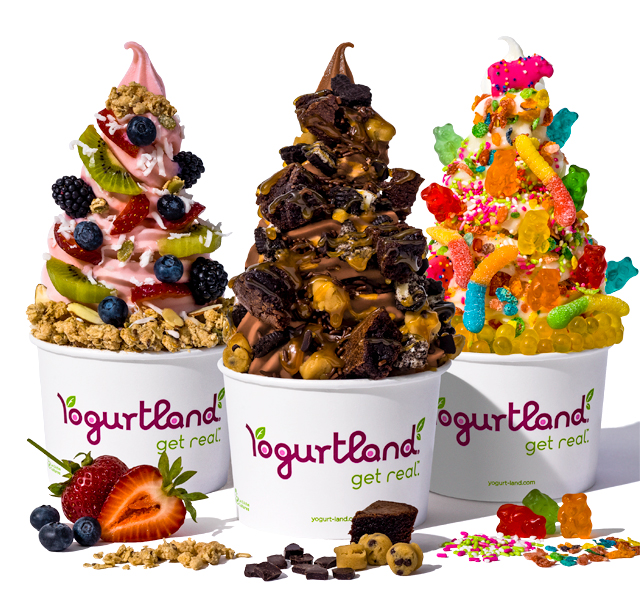 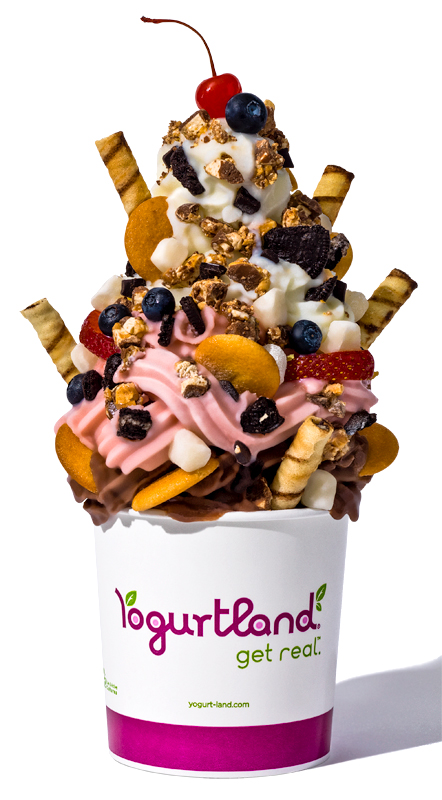