We recently had a fun shoot down at Mission Viejo High School for the current issue of Ed Tech Magazine. We were there to create imagery for the cover shot of the issue as well as conceptual imagery for the feature article. The topic was the rise of eSports teams in high schools. To say that the students involved are enthusiastic is an understatement. While we were shooting the portraits inside the team’s computer lab, they were oblivious to us, even though a photo production is not an everyday occurrence, and instead were so loud and engaged in the team sport that we could barely communicate over the yells and screams. It was really pretty amusing (if not ear piercing) The shoot had to be postponed a week, as part of the shoot was to take place on the schools athletic field, and in the rarest of circumstances we had a 100% chance of rain forecast in Southern California for the original shoot date! Thankfully we had perfect weather for the subsequent shoot day. 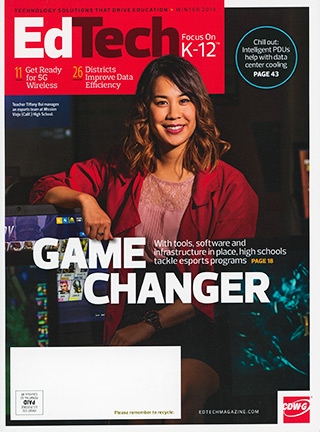 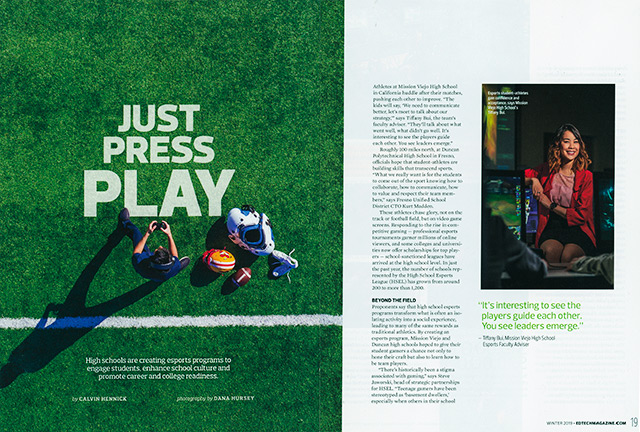