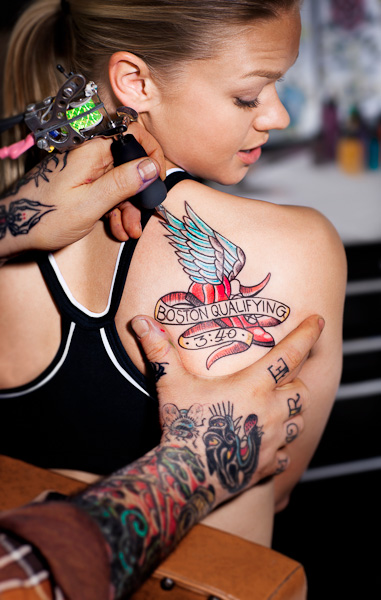 Last month we were asked to do a series of photographs for Runner’s World Magazine. It was for a feature article on the obsession of earning a qualifying time for the Boston Marathon. I have to be honest… I am not a runner… but working on this feature was a lot of fun anyway. The only running I did was in and out of traffic to get a shot (that ultimately was not used – isn’t that how it always goes?) And strangely enough not a single shot we did was of anyone running! The creatives at RW pitched five or six concepts and let me run with them (pun… intended). They settled on four and are published in the current issue (May 2011). The article can be found online however only one of the images appears in the online version (the same one that leads the article in printed form). To see the others in all their glory, you’ll need to get the May 2011 printed issue… or you can also see them in our “Clients” section of the web site by hovering over “Runner’s World“.

Retouching by: Lisa Carney (as always)